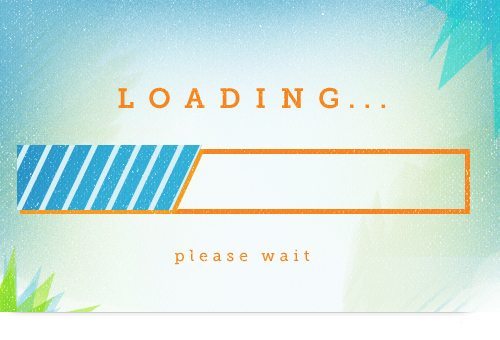 We’re always hearing how our connected world has made us crave immediacy. We follow breaking news events as they unfold. Share where we are and what we’re doing with friends and strangers. And get antsy when we’re away from our trusty screens.

So it’s no surprise that we’re also pretty impatient when it comes to waiting for webpages to load. A study by KISSmetrics showed that 40 percent of people will abandon a website that takes more than 3 seconds to appear. A mere one-second delay can translate into a 7 percent loss in online sales. And lousy site performance can even cast a shadow on users’ perceptions of online brands.

The idea of optimizing site speed as a component of SEO hasn’t really caught on yet. Google incorporated page speed into its search algorithm in 2010, but for now it affects only about 1% of queries. But the concept is sure to explode once companies realize how much milliseconds matter.

To stay ahead of the curve, developers should get in the habit of coding with speed in mind. Here are a few ways how:

• Use a caching program. Many content management systems use plugins to manage code (for example, WordPress uses Super Cache). This means much of the content is premade, instead of being created on the fly, which can take longer to serve.

• Sniff out problem code. Malformed code can mean longer load times. For example, we had a site that loaded product data one by one instead of all at once. We consolidated the code—taking load time from 32 seconds (horrible) to about 4.

Programs like Xdebug can help you figure out what code is taking longest to execute, or where your code gets repetitive. When dealing with PHP, APC and FastCGI offer server-side optimization for better code handling.

• Try some visual trickery. You can make a site appear to load faster by loading only critical elements first. Say you have a Twitter feed in your homepage footer. The user isn’t going to see this immediately, so why hold up the entire page just to fetch Twitter? Allow it to load after your main content, and you’ll reduce perceived load time.

• Upgrade your hardware. If you’ve optimized your code and are still seeing snail-like load times, check for 100-percent CPU/memory usage—it may be time for a new server. You can also use a service like CloudFront, which hosts your site on different servers across the globe, routing the user to the closest server available.

We won’t say no to a feature that’s critical to a client’s site. But it’s important for developers to consider the tradeoffs between creating cool, but code-heavy features—and delivering the best user experience possible. Because this issue isn’t going away. We may have been more patient in the dial-up days—but we also hadn’t imagined all the cool things websites were capable of.

As the pipe expands, so will the complexity of websites. And users will demand better and better experiences. For developers, keeping up means constantly discovering ways to cut back. If you’re like me, that’s an exciting challenge.

Are sluggish page speeds holding you back? Call Atomic, and we’ll get your site in the fast lane.