Application development is a hot field. The explosion in mobile devices has turned a monolithic process dominated by a few big players into something everyone seems to be doing.

And you could do it too, right?

Maybe. Or maybe not.

Even if you’re a crackerjack website developer, your skills – and tolerance for frustration – won’t necessarily translate into app development. There are a few things that make this process distinctive, and not a good fit for everyone.

You can get frustrated with that, or you can sit back and realize how amazing it is that your users care enough to click that little “feedback” button and tell you what they think. If you think you can do the latter – and do it with a smile on your face – you just might be ready for the world of application development. 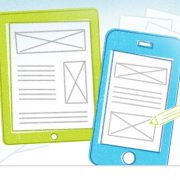 Professional Development: A Gift For Everyone On Your List

3 Blogging Basics: Why, What, and How
Scroll to top