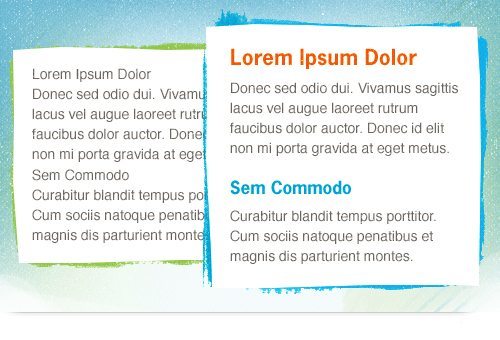 You might think a graphic designer’s job is just to make things look good. That’s partly true—but it’s much bigger than that. Good design communicates: it tells users what they need to know, what’s most important, and how to proceed from one piece of information to the next.

On the Web, a big way we use design to communicate is through typography. Print designers have always known this, of course: a large, bold headline signals the theme of a story. Subheadings between paragraphs chop ideas into chunks. This idea is no less important for website design.

When used right, type gets organized into hierarchies, which tell your user what to pay attention to. Hierarchies can be established in plenty of ways: you can use text that’s big or small, bold, italicized, underlined, all caps, in color, in a different font, indented, bulleted—or any combination you want.

Take this example: the column on the right uses type hierarchies, while the one on the left doesn’t. Which one would you rather read?

No matter what visual signifiers you choose, make sure your chosen hierarchy stays consistent from one page to the next. For example, if you go for a large-font headline, followed by italicized subheadings and regular (roman) body text, don’t change that up. Once users learn how your hierarchy works, making a switch will cause confusion and take away from the meaning of your content.

When it comes to the design process, it can be tempting to save something like hierarchy choices for last. But here’s my advice: figure out hierarchy first, then worry about aesthetics. If users can’t find what they’re looking on your site, it won’t matter how pretty it looks—they probably won’t be back.

Want to make sure your type says all the right things? Contact Atomic, and we’ll make your message clear. 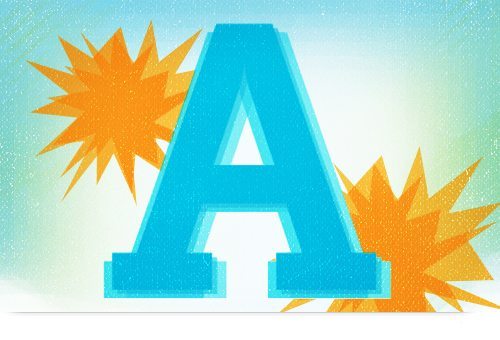 If you’ve used the Internet in the past, like, three years, you’ve probably noticed something: Fonts are looking good these days. Custom web typography is huge, and it’s a trend that’s here to stay. Here’s why.

But there’s a catch: even as gadgets and programming languages surge ahead, advanced fonts can still mess with layout on older browsers. That’s where responsive web design comes in. Programs like Modernizr can sniff out compatibility issues, and input queries to tell a site to switch the font based on screen size, browser version, and so on.

Custom typography is making the web more beautiful. And it can really add value to your site. It’ll set you apart from the rest—and look awesome while doing it.

Still stuck in a Times New Roman time warp? Contact Atomic and we’ll get you up to speed.